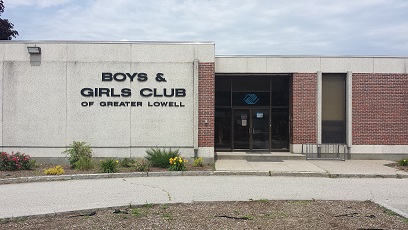 Early accounts tell the story of the Boys & Girls Club of Greater Lowell as it began over a century ago, when the Boys Club was organized by a man named Eastman, the field secretary of National Boys Club. He became the first director in 1900 with the support of “Messrs, MacBrayne, Nourse, Page, Pickman and Southworth serving as the original directors.”Their mission: “to help street boys, many of whom would spend their evening on the streets and in bad company, but for the Club.”

In 1906, Lowell became one of the national leaders of the Boys Club movement, joining 53 member organizations as an affiliate of the Federated Boys Clubs. Their collective aim was to inspire and enable all young people from disadvantaged circumstances to realize their full potential as productive responsible and caring citizens.

Locally, effort was aimed at providing the young with a safe place to learn and grow at a time when men and mill girls toiled in textile factories to meet the challenges facing young families in the industrial revolution. Under the leadership of local corporate support, The Lowell Boys & Club Association was established at 25 Dutton Street.

Decades later, the challenge for a new and better equipped facility was met by a new generation of Boys & Club alumni. In 1970, the George A. Demoulas Clubhouse opened on Middlesex Street. As community needs evolve, so too has the Club. In 1995, recognizing the need to extend our youth development programming to females, the Club began admitting girls, becoming the The Boys & Girls Club of Greater Lowell.

With more than 100 years of history, the Boys & Girls Club of Greater Lowell has been serving generations of the community’s youth with a safe place to learn and grow.

Make an impact on the youth in Lowell who need you most.